COVID-19 Update: The Wine Tipster would normally be presenting at all the big racing festivals of the year. Yet, with the current situation, he has adapted to bring the races to you via Social Media, his Blog and Unibet Racing Blog, Radio (TalkSport2, BBC Berkshire, BBC Radio Cambridge), and TV (Luck on Sunday) for #AtHome experiences. He is looking forward to developing these virtual celebrations as he continues to highlight the importance of racing hospitality and welfare, and hopes to join you in person at venues when it is safe to do so.

During this time, The Wine Tipster has been involved with a number of exciting online racing-related ventures. Most recently, he has become an Ambassador for Racing Welfare to support the important work they are doing to help the industry.

He has also had some exciting times with his My Racing Manager Friends chaser Funambule Sivola. Trained by Venetia Williams and ridden by Charlie Deutsch, the six-year-old is progressing really well on his first season chasing, winning at Wetherby in emphatic style on chasing debut, then finishing fifth at Sandown, with the race coming too soon after his Wetherby success. He then won at Newbury in really good style at the Challow Hurdle meeting, returning in January to finish second to a very smart winner. Funamble Sivola has a bright future ahead of him!

In other news, The Wine Tipster has continued to provide his tips for all the top meetings on his Unibet Racing Blog (which he has been doing on a weekly basis since 2018), and returned in style at Longchamp with a 10/1 nap on the first day that racing returned! Neil’s winning tips for the Guineas Festival classic trials and Royal Ascot also went down a treat, and he has shared more top tips for the Investec Derby Day at Epsom, Eclipse Day at Sandown, the Moët and Chandon July Festival at Newmarket, the QIPCO King George Diamond Racing Weekend, the Qatar Goodwood Festival, Newmarket Dubai Future Champions, The Breeder’s Cup, The November Meeting, Prix de l’Arc de Triomphe and many more. Boom!

Recently, he has been combining his columns with short video clips for Unibet social media, as seen below:

The Wine Tipster was also featured on Racing TV’s Luck on Sunday, discussing the return of horse racing, Newmarket Guineas Festival and Investec Epsom Derby Festival, and the role of hospitality on race days.

Neil is regularly a guest on the TalkSport2 Breakfast Show with the excellent Paul Coyte. Some of his appearances have coincided with International Sauvignon Blanc Day and #theBIGEnglishWineGoodFriday.  Neil was also part of the #Furlong Factor for Racing Welfare which raised £50,000 for an incredible cause.

As the world’s one and only The Wine Tipster, Neil uniquely combines his successful career in the wine and bubbly trade with his extensive horse-racing knowledge. He believes that racing and hospitality go hand in hand, and has made it his mission to share this with both industries. Since 2014 Neil has worked for The Jockey Club as a tipster, and in Broadcasting and Media on food and drink for The Jockey Club Catering across their racecourses.

The Wine Tipster is a regular on ITV Racing’s afternoon show offering insights into the social side of race days whilst adding his successful racing tips. He regularly broadcasts live for Racing TV at the Grand National, The Cheltenham Festival, The Derby, QIPCO British Champions Day, Newmarket July Festival, Qatar Goodwood Festival and the Yorkshire Ebor Festival. Neil was also a regular on Channel 4 Racing’s afternoon show and The Morning Line.

As the MC for the Goodwood Racecourse Food Festival, Neil brings his charismatic presenting skills and expertise in wine and food pairings to the racing world. He is also a regular MC and presenter at the Ascot Racecourse Festival of Food & Drink where he has presented with Raymond Blanc, Oz Clarke, James Tanner and Francesco Mazzei. The Wine Tipster also writes for Archant, which includes Cotswold Life, where he puts this knowledge into print. Being featured in The Daily Mail, The Mirror and The Independent, Neil has shared afternoon tea etiquette fit for the races.

The Wine Tipster is a partner in the very successful racing syndicate My Racing Manager, created by Elli Morgan, which has had two Cheltenham Festival winners with Coo Star Sivola and Flying Tiger. Please touch base with The Wine Tipster if you would like to be a syndicate member.

Neil has been the MC of choice since 2013 for Greatwood, the charity that uses ex-racehorses to educate disadvantaged children and young adults with special educational needs.

The Wine Tipster has worked with: 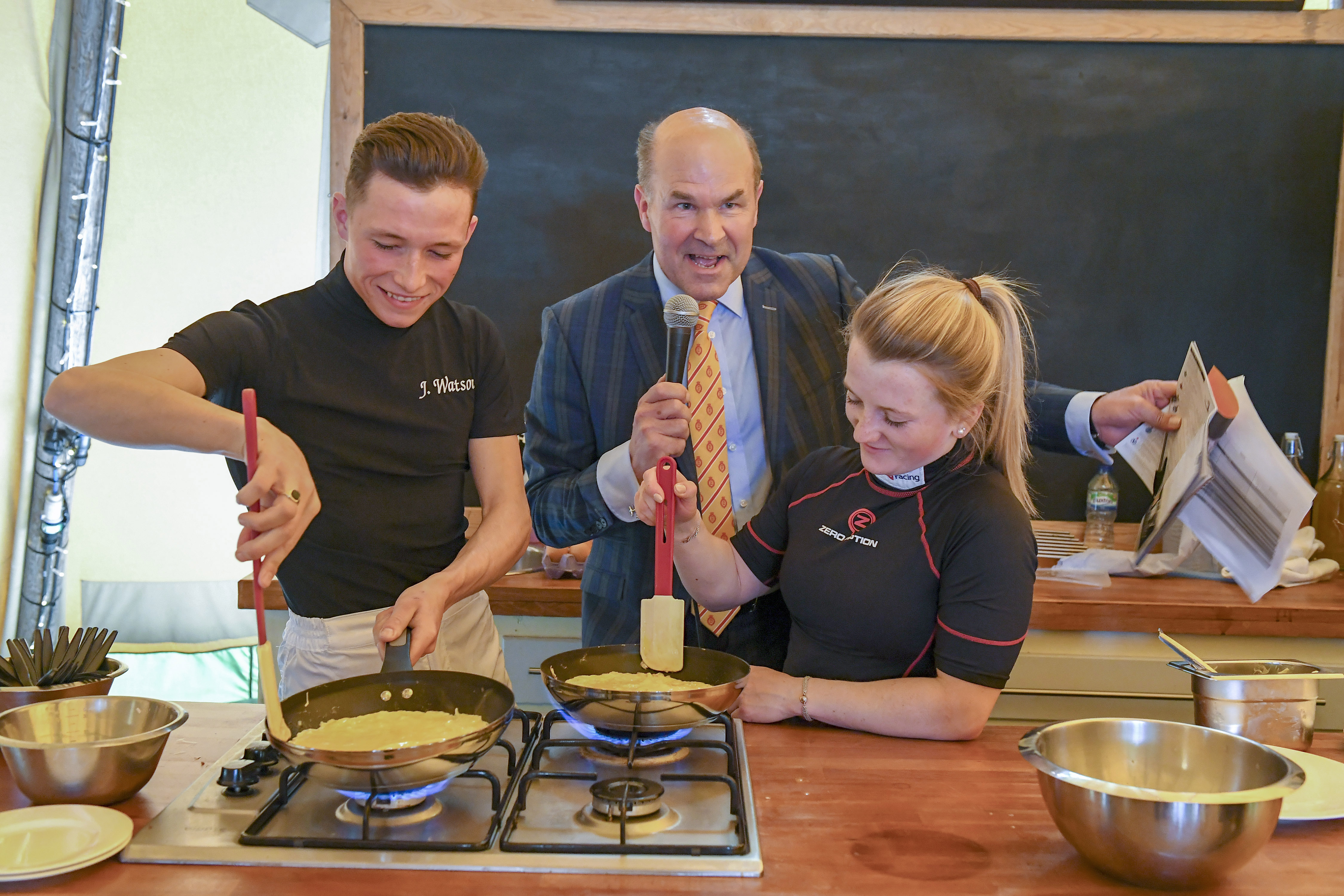