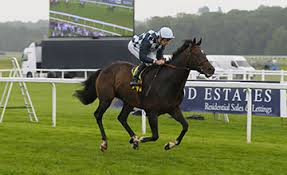 It is proper jump racing weather, and we have top class jump racing too with stars like Cyrname, Delta Work, Presenting Percy, Samcro and Lisnagar Oscar all running today.

There are jump racing cards at Ascot, Down Royal, Wetherby and Ayr, with the last flat racing meeting at Newmarket. There is a twilight meeting at Wolverhampton too.

Teodolina for the Richard Hannon yard is definitely worth an each way play here as she will thrive in these conditions. She won on the soft hard held when favourite at Haydock last month over this trip when travelling very comfortably throughout. This is admittedly a tougher contest, yet trip and ground will really suit. Unibet 8/1 each way

The eleven-year-old Air Pilot won this race in 2014 and can take this contest again for the Ralph Beckett team. He was admittedly a bit disappointing at Goodwood on seasonal debut, however he is bound to come on for that run and he won at the Sussex track last season in good style. He will absolutely relish conditions today. Unibet 7/1 each way

Roksana (nap) simply never fails to run her race and she is bound to be fit for this seasonal appearance. She is getting almost a stone from Lisnagar Oskar and on the only two occasions she’s raced at three miles, she’s been second to Santini and If The Cap Fits, so her form at the trip is rock solid. Unibet 2/1 win

Countister for Nicky Henderson has the ability to win a handicap of this nature off this mark and has often gone well fresh in the past – best run to date came after a year’s absence when third in the 2019 County Hurdle. Admittedly was disappointing in her two starts last year, however she is reported to be fit and well in Nicky Henderson’s Unibet racing blog. Unibet 6/1 each way

This is a cracking renewal of The Charlie Hall and whilst I’m a massive Sam Spinner fan Vinndication is a class act who can have a major season. He panned them in the Sodexo Gold Cup on reappearance last year and ran even better under a welter burden in the Ultima at Cheltenham. Clearly goes well fresh, yard going fine and ground ideal. Unibet 15/8 win

Militarian often goes off underestimated for these big handicaps, as he did when scoring (on reappearance, as here) at 50-1 over course and distance last year. No fluke about that, ran just as well at Cheltenham on New Year’s Day. Hasn’t been seen since the Kim Muir and goes well fresh. He is impervious to ground and a good e/w chance off a one-pound higher mark than last year. Unibet 12/1 each way